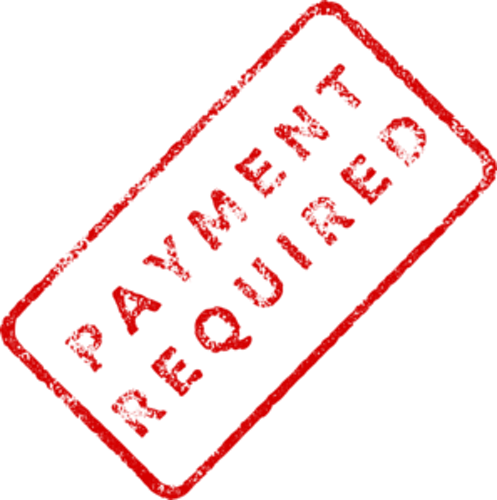 Will It Pay To Come Clean? Practical Considerations For DOL’s PAID Program

Every company makes mistakes, and sometimes those mistakes have legal consequences. When they do, companies must decide whether to turn themselves in or quietly correct the error and hope no one else notices.  Depending on the circumstances, falling on the proverbial sword can make sense — disclosure to, and cooperation with, the regulating agency can lead to greater leniency and lower (or no) penalties.

On April 3, 2018, the U.S Department of Labor launched a pilot program designed to encourage employers to self-report minimum wage and overtime violations of the Fair Labor Standards Act (“FLSA”).  Under the Payroll Audit Independent Determination (“PAID”) program, DOL will supervise the settlement of back pay to impacted employees without requiring participating employers to pay liquidated damages or civil money penalties.  In exchange for accepting the back pay, employees will sign a release of any private right of action regarding the identified violations.  However, employees are not required to accept the back pay and can instead pursue their own actions against the employer.

The FLSA is somewhat distinctive in that it requires “supervision” by DOL or approval by a court when parties wish to settle FLSA claims with finality.  Therefore, an employee cannot waive his or her FLSA rights in a private agreement (the rationale being that employers could bully employees into working below minimum wage or waiving overtime premiums).  Therefore, at first blush, the PAID program seems ideal:  An employer can just pay the employees what they initially should have paid without double damages, attorneys’ fees, or litigation?  And receive an enforceable waiver?  Sign me up!

While the PAID program may have some initial appeal, my inner cynic has some questions:

What happens when an employer self-identifies a violation but DOL does not accept the employer into the PAID program?

According to DOL’s announcement, employers seeking to participate in the program are not guaranteed the right to participate.  Indeed, DOL’s Wage and Hour Division maintains discretion to determine whether to accept employers into the program and each employer is examined on a case-by-case basis.  Has an employer who self-reported, but was rejected from the PAID program, unwittingly provided DOL a road map for a future investigation?

Some of the eligibility requirements for participating in the PAID program are obvious:  any employer currently under investigation by DOL or involved in litigation for the self-identified pay practice is excluded from participating.  But program guidance also indicates that any company with recent complaints by an employee regarding the problematic pay practice is also ineligible to participate.  Many companies are spurred to conduct self-audits when an employee notifies them of a problem.  Excluding such companies would significantly reduce the pool of potential participants.

What happens when an employee rejects the employer’s back-pay settlement offer?

Employees are free to reject an employer’s back-pay settlement.  By doing so, employees retain the right to sue their employer (and now have a well-developed claim to bring to an attorney, courtesy of their employer).

What happens to state-law wage and hour claims if an employer participates in PAID?

PAID settlements do not waive any state-law claims.  This is particularly problematic for employers in states where wage and hour laws are more beneficial to employees than the FLSA.  For example, both Maryland and D.C. have an automatic statute of limitations of 3 years, whereas the FLSA’s default statute of limitations is 2 years.  Maryland and D.C. also allow for liquidated damage awards of up to three times the amount of back pay owed.  In contrast, the FLSA only allows liquidated damages up to an amount equal to the back pay owed.  By participating in the PAID program, an employer is identifying the violation for the employee (and potential plaintiffs’ attorney) and giving them a gift-wrapped opportunity to bring state-law litigation.  In addition, the lack of a federal claim in the law suit would negate the employer’s ability to remove the case to federal court, a preferred forum for many employers.  An employer could face complex and costly litigation in states like D.C. and Maryland, which allow employees to bring class actions (in which all impacted employees are by default included in the suit unless they affirmatively remove themselves) while the FLSA allows collective actions (in which impacted employees are excluded unless an employee choose to join the suit).

How valuable is the narrow release available through the PAID program?

The releases available through the PAID program will be limited to the violation(s) that employers self-report.  By contrast, when DOL investigates violations and supervises their settlement, it often uses a release form called the WH-58 that includes a release of all FLSA claims during the time period investigated by DOL.  While the narrower release contemplated by the PAID program is better than nothing, it is not much more helpful than an employee’s participation in a purely private release or acknowledgment upon receipt of back pay.

As noted above, employee waivers of FLSA rights in a private settlement of back wages may not be strictly enforceable such that they quash a subsequent law suit in its tracks.  But a private waiver is not useless.  Private waivers can be a deterrent to an employee who might otherwise sue the employer; it is often a deterrent to a plaintiffs’ attorney deciding whether to take a case; and, in the event a law suit is initiated, the employer can often successfully argue that any ultimate award should be offset by the previous back pay distributed.  Yet, between the time back pay is issued and the law suit commences (assuming the employer corrected the pay practice that caused the initial underpayment of wages), the employer will benefit from the running of the statute of limitations.

Under what circumstances would it make sense for an employer to participate in the PAID program?

Let’s say the mistake identified relates to a single employee or a single mistake relating to a handful of employees, with a small amount of back pay due.  After taking corrective action to remedy the problem going forward, the resources required for participation in the PAID program would likely not be worth the limited amount of risk/liability that might be mitigated.  An employer can pay back pay to make employees whole without DOL supervision and without an enforceable waiver, but effectively reduce the liability to a technical violation.

The fact that there are obvious risks to participating in the PAID program when there is both low exposure and high exposure indicates just how nuanced an employer’s decision-making must be.  In many circumstances, it can make sense for a company voluntarily to report to a regulatory agency once it has identified a mistake.  Cooperating with an agency like the IRS, SEC, or even the Department of Justice can be much more productive when you go to them, instead of waiting for them to find you.  Under those circumstances, however, companies generally do not have the additional risk of a private citizen’s right of action and may not have to contend with more onerous state laws.  Under the PAID program, DOL cannot and does not protect the company from employees who reject their back-pay calculation (and the plaintiffs’ lawyers who are eager to appropriate the company’s self-audit notes to develop their case strategy) or from state-law claims.

Because the PAID program will be assessed after a six-month trial period, there may be an opportunity for DOL to make adjustments to mitigate the perceived risks of participating in the program.

© 2018 Clarian PLLC
This article is provided for informational purposes only.  It is not intended as legal advice nor does it create an attorney/client relationship between Clarian Counsel and any readers or recipients.  Readers should consult counsel of their own choice to discuss how to handle matters in their individual circumstances.  Reproduction without attribution, in whole or in part, is prohibited without the express written consent of Clarian Counsel.